A LITTLE PIECE OF HEAVEN 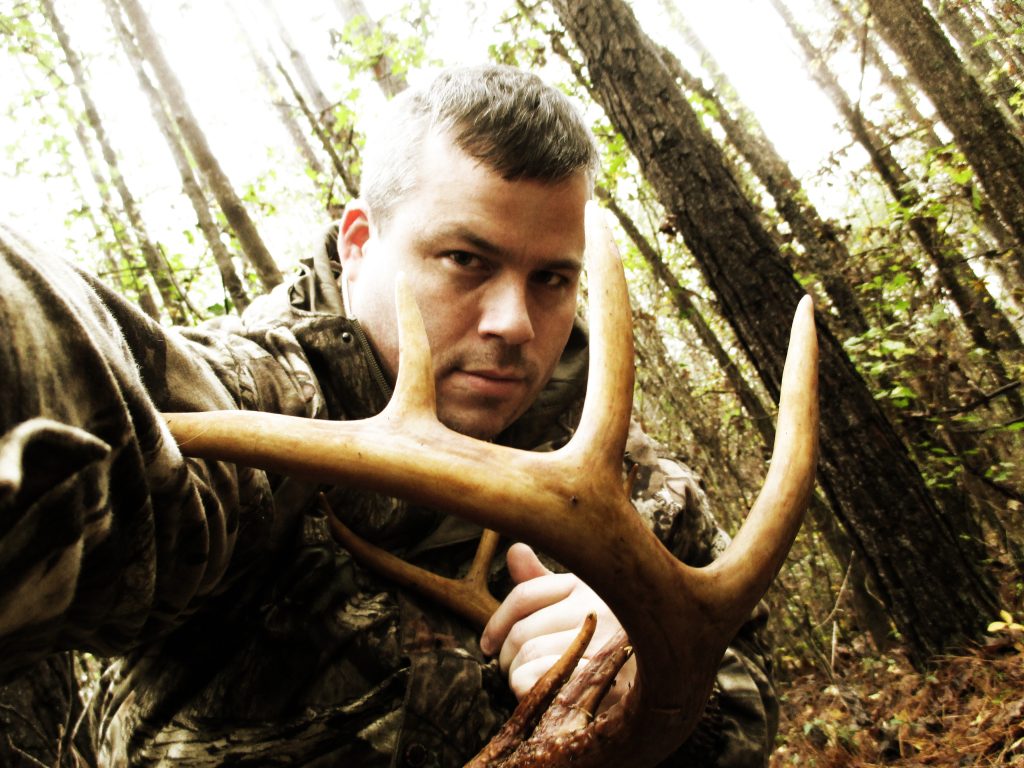 I often think about the old saying “You gotta make the best of what you’ve got” when it comes to deer hunting and hunting limited acreage. Not everyone has the luxury of hunting 200 to 2,000 acres now days. You watch these hunting shows where these guys are out hunting 4,000 acre well managed ranches or some very large private properties where some of the home range bucks rarely cross a fence. Well, the reality is that many of us out here in the hunting world are having to make do with as little as 20 acres or less, sometimes hunting spots as little as 5 or 6 acres.

Don’t get me wrong, I’m not knocking the fortunate, having the rights or ownership to many acres is always a good thing.  I’m simply talking about how sometimes when it comes to deer hunting, you have to become creative when your hunting land is limited.  Not always will you have the luxury of hunting several hundred acres and the option of taking a week of scouting to choose 3 or 4 great spots for your deer stands. It may be that you have as little as 8 acres and one deer trail to place a stand on for the season in hopes of that one buck passing through but don’t let this get you down.  I speak from experience when I tell you this is not always a bad thing. Don’t let these little spots fool you.  There have been many huge bucks killed on as little as 5 acre tracks of land that most have overlooked or underestimated.

During the rut, big mature bucks can travel great distances and know no boundaries.  Some of these big guys are being spooked off of these large properties & hunt clubs and on to these little land lots and back yards.  I remember back in the late 90’s a good buddy of mine had the rights to hunt a little 15 acre piece of property that backed up to a subdivision. It was basically nothing but a mixture of sweetgum trees & pines with one small creek streaming through the middle of it.  We went out and set up a morning and evening ladder stand on each side of the creek facing east & west about 120 yards apart from one another.  We decided that we would take turns hunting these two stands one at a time when able to.  While scouting the property a few days prior to placing the two ladder stands, we were able to locate a good generation deer trail that came off of the edge of a field of an adjoining 50 acre property/cow pasture.  The generation deer trail led right across the fence running north & south through the middle of the 15 acres which ran parallel to the creek between our two stands.  The 15 acres had been up for sale for several years but the owner had given us permission to hunt the property all we wanted until it sold.  Unfortunately, there of course was no major food source on this small parcel of land but it was definitely a travel route in which these deer were using daily.

We had placed the stands just far enough down in the woods from the fence line to where we could still see the edge of the field from about 60 or 70 yards away. The stands were overlooking the creek and generation trail from about 30 to 40 yards out in front.  Luckily we were able to make a quiet little in and out trail to the stands from the subdivision for a quick silent entry.  We had placed a trail camera on the deer trail and started getting some good photos of decent bucks from early morning and late evening travel.  This was basically the travel route to and from feeding & bedding for these deer.  The bucks were coming off of the field just before full morning daylight and traveling back out in late evenings before dark.

The very first morning of a bow season hunt, my buddy had missed a nice 8 pointer just before 8:00am. He remained in the stand and within another 30 minutes, had three does pass by him before later calling it quits for that morning.  That same evening, I decided to hunt the evening stand so that the sun would be setting behind me. I had just lifted my bow by the rope and got comfortable when I noticed the movement of a buck making his way towards the field from the deep pines. I had just enough time to get positioned for the shot as he was closing in with a steady walk along the creek.  As he approached within 30 yards, I realized it was one of the nice 8 pointers we had on trail cam.  Just as he passed by me about 35 yards out, he came to a stop and just stared up towards the fields edge. I slowly drew back and placed my pin right behind his shoulders and let the arrow fly.  I could hear my arrow hit his chest cavity with a loud punch as he began to tear the woods down as he ran towards the field. He then suddenly came to a standing stop about 10 yards from the fence line as he stood there for a few seconds before turning a few backward circles and hitting the ground. I could not believe my eyes. I suddenly realized that we had made this little property one awesome hunting spot. Several weeks later as the pre-rut started closing in, my buddy was able to kill a really nice 9 pointer from the same exact stand on another afternoon hunt.

I have since then hunted many small tracks of land and have been very successful with taking nice bucks.  I sometimes kid around about how hunting a small property actually makes it easier to decide where you’re going to hunt due to the fact that you have no other options haha.  The only downfall I would say is not being able to truly manage the deer as you might desire of course but sometimes you just gotta take what you can get.

In closing, I would hope that your deer hunts are never discouraged by being limited to small tracks of land because sometimes they truly can be a little piece of Heaven.  You’d be surprised where some of these big bucks may be hiding during the pressure of hunting season. . .