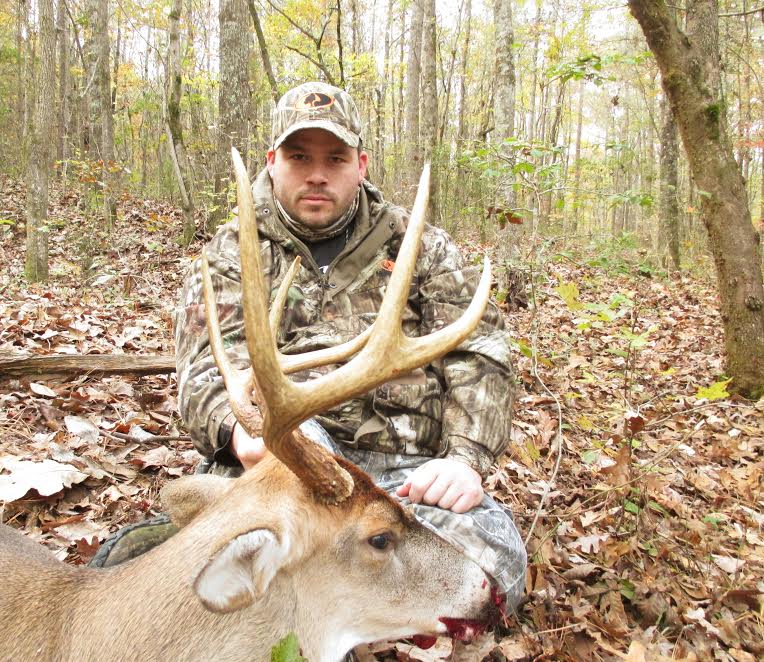 Adam Grant is an avid outdoorsman and lead singer of the country music group Badhorse. Adam is a Nashville recording artist and has been writing songs since he was about 16 years old. Badhorse had three consecutive #1 songs on country radio as well as winning “Best New Country Group of 2010” on New Music Weekly. Badhorse has had several music videos released as well as the video “It’s All Good” featuring NFL’s famous Terry Bradshaw. Adam and his band Badhorse also appeared in the motion picture “Brothers Keeper” with country star Travis Tritt.

At the current age of 41, Adam has been hunting & fishing even longer than his love for country music. As the owner of Badhorse Outdoors & BHO Productions, There’s nothing he likes more than deer season and when that first day of deer season rolls in, you’ll find him sitting in a tree somewhere in the south. As a gun & bow hunter, Adam has spent many hours in the woods studying deer and deer behavior. This time spent in the woods combined with some video experience through his work in the music industry, Adam began filming hunts and venturing in to the world of video editing & photography. Adam has filmed many hunting videos of his own as well as several photo shoots of other hunting personalities in the hunting industry.  In the fall you can bet that Adam is in the woods with either a gun or a camera or both. . .